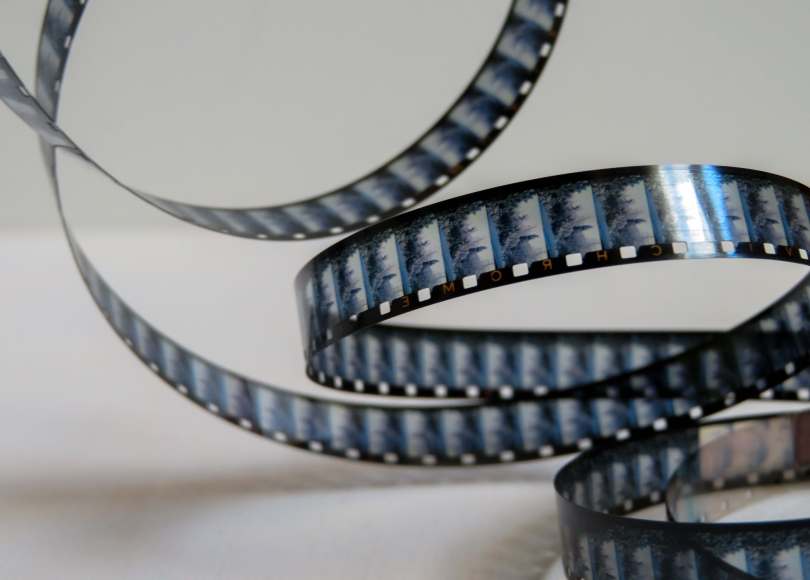 My Year Eight class and I have recently read Robert Swindells’ novel Brother in the Land, which has regained much of its potency given the nuclear posturing of various nations recently. It is a great novel to teach and which the students love to read. Writing in The Guardian a few years ago, Owen Jones praised its capacity to ‘move [us] to tears, to inspire, to chill, and to encourage action to change the world in which we live.’

As a novel, it has a particularly cinematic aesthetic. And its central narrative – the story of teenage protagonists attempting to survive in a speculative, dystopian world and railing against corrupt authority – is already familiar to many young people, who may have already read and watched Suzanne Collins’ The Hunger Games and James Dashner’s The Maze Runner.

There is, however, no cinematic adaptation of Brother in the Land. It is a thought-provoking experience for students to re-imagine the novel as if it were a film. We study film posters and annotate how the posters establish genre, narrative, setting and character archetypes. The students use Photoshop to produce film posters for a conceptual Brother in the Land film, considering the impact of background, foreground, title and tagline. We write a treatment and consider casting decisions, all of which prompts analytical thinking and evaluative decision making.

A class screening of Steven Spielberg’s War of the Worlds provides opportunities to study the language and structure of film narratives. Armed with this learning, the class read reviews of War of the Worlds and explore the structures, codes and conventions of film review.

Bringing these elements together, I share my own ‘review’ of my ‘conceptual’ Brother in the Land film. Again, we reflect on the codes and conventions. We share ideas. I ‘live model’ alternative introductions. The students then work on a first draft of their own ‘reviews’.

Perhaps for the first time, students are forced into writing in a form – and for an audience and purpose – that is largely unfamiliar to them. Some students veer toward recounting plot or explaining characters. Register and tone is often unconvincing.

Having written a first draft, the students are in a position to critically examine their work and to edit and redraft. Modelling the process is crucial. I use an anonymous first draft from a previous student of mine as something to critique collaboratively during whole-class discussion and to encourage refined expressions. At this stage, students are working in exercise books, so although sharing hand-written examples of edited text is important, I do this alongside projectable, editable typed exemplars. Projecting whole texts and colour-coding is good for encouraging students to think about structure. Paragraphs can be moved around, examined in themselves and in terms of their relationship to those which precede and follow them.

Revisiting the key codes and conventions we explored when reading War of the Worlds reviews is important. This provides an ‘agenda’ with which to structure conversation in the classroom. Sentences types that work well in non-fiction can be explored for the value they add to the students writing, for example, those with front-loaded adjectives and adverbs, parenthesis, fronted prepositional phrases and questions followed by answers. I encourage the students to think about introducing precise vocabulary to describe setting and character. I suggest evaluative adjectives to make their writing more focused.

Students are then able to make edits and changes to their own writing. At Boroughbridge, we take a simple and sensible approach to feedback. Students edit and redraft aspects of writing in green and teachers offer feedback for the students to act on in red. It’s good to see crossings out and changes as this shows a student has thought about their writing as a process.

The next part of this process involves students working on their final drafts in Google Docs. This is a big part of our drafting, editing and redrafting practice here, and it’s one of the most important ways in which technology can have a real impact on the students’ learning. The students ‘share’ their documents with me. Once again, we visit the key indicators of success: structure, codes and conventions, appropriate register, sentences types that add value, precise, evaluative vocabulary. As they work on their drafts, I can see their progress in real-time and can correct mistakes and spot misunderstandings early on.

As the end of the redrafting session comes to an end, I reflect on the process. It’s easy to get frustrated as some students struggle with controlling the tone of the writing and lapse into informality. This is not, however, teaching by numbers, in which closed, hyper-specific ‘lesson objectives’ can be taught and their impact ‘measured’ within a short time frame. This is a process in which progress isn’t always linear, in which it can present itself in unexpected ways and which is sometimes hard won. It is a process which is part of an experiential apprenticeship. Immersing the students in great reading, allowing them to experience the modelling of writing and encouraging them to be self-aware as they edit and redraft their own work is an endeavour that brings rewards in the longer term. It is also the most powerful way to encourage our students to feel like real writers –  especially if we celebrate and share their work – and this can be transformative. 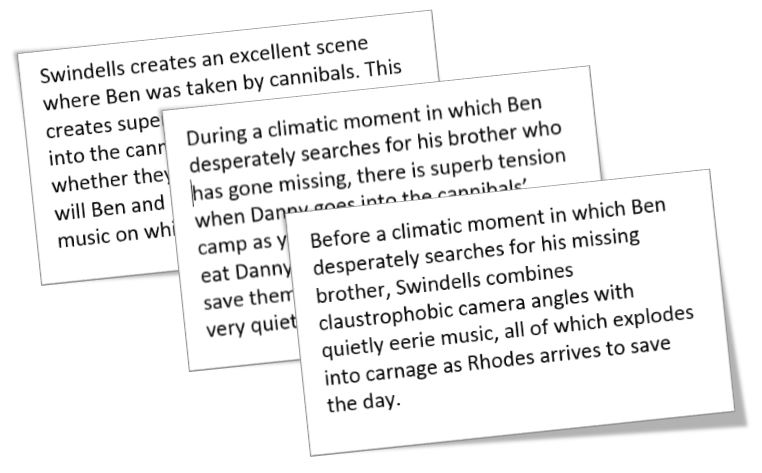 Tags to help you find things…

© Anthony Cockerill, 2019. Unauthorized use and/or duplication of this material without express and written permission from this site’s author and/or owner is strictly prohibited. Excerpts and links may be used, provided that full and clear credit is given to the author with appropriate and specific direction to the original content.